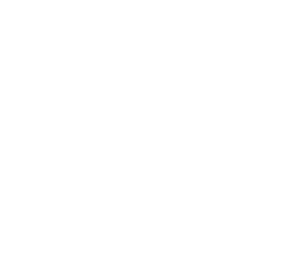 Home Others The Commonality of Search and Thoughts Transcending Borders

Ultra-nationalist and populist governments have in the recent past cast the blame for economic pain inflicted on many of their electorates on economic globalization. Such bashing of others or blaming factors beyond borders for misery within borders has been a common feature in many parts of the economically developed and not so developed world. The US, the principal architect of the global inter-state institutions in the post-World War II era, has also somewhat retreated from its global involvement, not all of which is due to ‘Trump’-ism. The Covid-19 pandemic too has demonstrated that political leaders have often followed ‘us first at any cost’ policies in varying dosages. In the EU, shunning the pan-Europeanism, the UK has resorted to Brexit. All these may, at times, have infused an impression of a fractured world where national boundaries would be much more of a fortress than before. However, this essay would argue that the world is much more inter-connected than meets the eye. Just as interactions between nation states have created frictions, the myriad ways people act with people from other countries would appear to have created some instinctive (maybe non-cognitive) sense of commonness with others.

Despite the naysayers predicting the doom and gloom of globalization, it is difficult to imagine a world where we are truly unconnected. The apologists have focused on economic globalization. However, a no less important indicia of global inter-connectedness is what is gradually happening in the cultural field. A great revelation of this is the search trend over search engines. A BBC World Service Documentary ‘The world according to search’ may provide some testimony to this. The documentary reveals that almost the same search words may be used by millions of users almost at the same time or at a very proximate time. This, of course, does not mean that the people who resorted to the same search words have read the same results, let alone processed or reacted to the same source in the same way. But their interest in common subjects would imply them taking an interest in identical matter and some of these are not existential matters like Covid-19 or Russia’s aggression on Ukraine directly affecting the life or livelihood of most in the world.

A well-made movie circulated via a global streaming platform about a remote part of the world may catch the imagination of many around the world. In that, it may not be fundamentally different from that of the past as the classics of Dickens and others tended to be read by many across the Atlantic and vice versa. But the exchange is happening at a much faster pace and to a greater extent and often generating a common interest. Many of the super-heroes who are a favourite among kids of a less developed economy like my country, Bangladesh, are not local; they are global. It is not just the heroes belonging to the realm of sports but also movie stars or technological gadgets which are generating this commonality transcending borders. My 8-year old’s super-heroes include those that would resonate with kids from many other parts of the world. Cosplay, an unknown feature in my school days in my part of the world, is now a very common phenomenon in schools around Dhaka city and most of the characters in the play are not national characters but global. While many in the developing nations may not have any access to the internet or latest electronic gadgets, access to electronic media is much more widespread and seems to garner this commonality. There is perhaps an innate tendency in most humans that we love to hear about stories of others and know others.

This is not to say that the ‘world is flat’ or it is a global village. Or, the kind of things human beings aspire are completely alike. Or that most politics is not local. Even the most ardent globalist would have a place called home where she would return to. As O Henry’s A Cosmopolite in a Café told us that even a professed citizen of the world, a consummate cosmopolite would remain originally from somewhere, ‘and wouldn’t stand for no knockin’ the place’ where that person is from. It is only to say that information technology, integrated global supply chain etc. mean that the flow of information and exchange of ideas would transcend borders at a much faster pace. At some bare minimum level, it means the dialogue and exchange between people would be irresistible. Even the one living in a cubbyhole in the hinterland of a state can and may be more globalized today than perhaps ever before and without, at times, being aware of it.

Hear from the founder and CSO of Legal X Mr. Muiz Shahab Uddin

Refugees in Bangladesh Cannot Exercise Any Legal Rights, Can They?

The Commonality of Search and Thoughts Transcending Borders